HOT SUMMER SALE! Buy one get one 50% off any riesling or Peach Me wine (pick-up only) 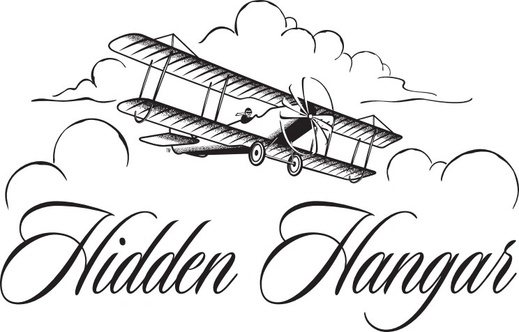 A North Texas Vineyard and Winery

Appreciating the past and celebrating the future by keeping the family dream alive here at Hidden Hangar Vineyard and Winery.

Hidden Hangar grapes are "home grown" in our vineyard for our wines.

Hidden Hangar Vineyard was once the home of Barnstorming planes that used the grassy knoll as their runway to the sky.  From 1928 until the 1950's the municipal airport, located two miles east of Denison, was known as Gray Field.  It served as a training airport for "wanna-be" pilots and a fuel stop for those traveling between Oklahoma City and Dallas. Originally, the airport consisted of one large hangar and several small "T hangars".  Unfortunately, the hangar was destroyed in a late night fire in the 1960's.  The concrete slab of the hangar still partially exists today.

The vineyard was a family dream that was established in the 1990's. The second and third generations are now continuing that dream.

Hidden Hangar is part of the Texoma American Viticultural Area (AVA), one of eight AVA's that exist in Texas.

In 2017, Hidden Hangar decided to change from being solely a vineyard and supplier of grapes to other Texas wineries to a producer of our own Texas wines.